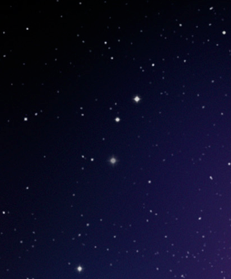 It is very difficult to write about fear. It is as though writing of frightening times will somehow bring the horrors forward again. In my life there have been two days when I experienced intense fear. That is not to say that I have not been afraid at other times in my life, but those two days, two days apart from one another, were unlike any others. They shook me to the core.

On September 11, 2001 the world was in shock. However the following day presented a scary situation even closer to home. This was one of the two days I experienced great fear. There isn't a need to talk about the exact details but let me say that in a public place there was an announced lock-down as we began to hear sirens. Given the terror of the day before, we were extremely on edge. I remember thinking of all the possibilities. Had the tragedies of the previous day continued? How was I going to reach my children who were thirty miles away? I did not even have a cell phone. (I bought my first one soon after). For the first time in my life I felt completely helpless. My fear centered around how I could get to my kids. That is all I selfishly wanted to do.

The situation was eventually resolved without incident but for about 45 minutes I felt I had no control. Despite my fear, I learned that I take it upon myself to keep people’s emotions in check. I hid my fear with humor and allowed the group of people I was with to remain calm. The people I was with recognized my leadership and yet they immediately wanted to protect me from harm in return.

The second day I experienced intense fear was two years later in the fall of 2003. Of this day I cannot say much without bringing the emotions back. For now I will simply say that a person of some trust proved to be otherwise. Within hours of discovering that this person was a con man, the security of my family was in great risk. I acted so quickly to protect us that a coworker remarked, “That guy did not know who he was dealing with, did he!?” Again I learned that when pushed to the test, I take charge. No one messes with me when my family is involved. However, it was on this day that I realized that no matter how much you try to live a good life, being honest and true, no matter how hard you work to stay away from evil, it can sometimes find you. A family’s safety and well being can be shaken. However, I ultimately learned that day that when you strive to be a decent person, you are surrounded by numerous good people who truly will have your back.

Although I am not so naive to believe that I will not have any more days like these two in my future, I don’t wish to see another anytime soon. I do not wish any day of such fear on anyone. But I do believe that things happen for a reason and if I may guess to find reason here, I do think these two days served to show me that I do have solid quantities of courage and wisdom to fight any fears that may come my way. And I have good people around me who jump quickly to help protect me. I only have so much control in this world and I can accept that, but I’ll do battle when I must. Win or lose, I’ll confront fear. I’ll even write about it...a little.