Although I have continued to write in other venues, I haven’t posted to this personal blog for awhile. I suppose I’ve been staying safely on the dock, choosing not to venture into the water of what has always been a place where I’ve bared my soul. With the start of a new school semester beginning on Monday, I recently began prepping for the first day of my second Advanced Creative Writing class. Looking over some of my discussion points, my first day “pep talk” if you will, I realize it has been awhile since I’ve taken stock of my own relationship with writing authentically. I haven’t taken much time to write from the heart on personal matters lately. Of that I’ve been negligent. Today I’ve decided to end the hiatus.

It’s not that I’ve been lazy. That’s for sure. As 2015 began I renewed my fitness goals and I am feeling more confident than ever that I can reach them. I go to the gym (an average of three times a week for 60-90 minutes) and have begun an event page on Facebook (10000 steps a day/100 miles a month) where several friends and I participate in posting daily fitness achievements. I do weekday and weekend challenges with friends using our Fitbits, AND I have joined a dietbetter.com challenge to lose 4% of my weight in 30 days. I am just 2.3 pounds away from winning my $30 back (if I can make my goal by next week...we'll see). I've been doing well to motivate myself and others and holding myself accountable to a daily calorie intake goal using myfitnesspal. This goal of weight loss and increased fitness helps strengthen my back, my overall body confidence level, and my emotional well being too.

Emotional well being. Yes. How am I doing there? Well, I still miss my Dad (of course) and my Mom's life with Alzheimer's continues, and I don’t think I’ll ever be able to fill the hole of my parents being gone. Our relationship was incredibly beautiful, honest, loving, real. They were not only the best parents I could ever have hoped for, but they were also wonderful grandparents, so attentive and selflessly generous. I miss our talks. I miss their stories. I miss their wisdom. I miss how they rooted for me. I miss the fun and the laughter of our time together. But I honor both of them by accepting that life goes on. My siblings and I are tending to my Mom, and I know I've grown stronger and wiser and thus happier since the aftermath of June of 2013 when we lost Dad. I use all that my parents taught me by their example to be a good spouse, a good parent, a good person. I continue to use writing, reading, exercise, cooking/baking, music, my faith, and teaching to enrich my life and to provide me with purpose. My husband and our three kiddos continue to be very close and I'm secure in our love for one another. My time with them and my solo time working around the house, enjoying nature, and playing and cuddling with my sweet pets contributes to my overall well being. I have good friends and family members who are not only loving and supportive, but who are fun and make me laugh daily. I’m relaxed. I’m excited for the future. And I’m most grateful for my life.

Continuing with my fitness goals is very important to me. When I get to my goal weight and desired fitness level, if you’ll excuse the pun, I’m going to STEP in new directions. I’m going to learn how I can do better to support the efforts of others who want and need to lose weight for their physical and emotional well being. I'm going to try new sports and new fitness adventures. But I’ve also been thinking of other aspirations I have and how and when I want to work to achieve them. So, all in all, I think I now know how I can return to writing as this second semester begins with my new students. I’ll take time to write with my teens and to explore those non-fitness goals of mine. There are many.

I’m in such a good place right now. And yes, I have proof of that. I feel the proof each night as my head hits the pillow. Life is good. No days are perfect, of course, but I can now take in stride whatever unexpected wind blows in my direction. I adjust my sails accordingly. I no longer grapple the sides of the boat in fear. I no longer mourn the previously charted course. For me, it’s all about having the confidence in knowing who I am, what I am made of, and where I am going from here.
Posted by Anne at 8:15 PM 1 comment: 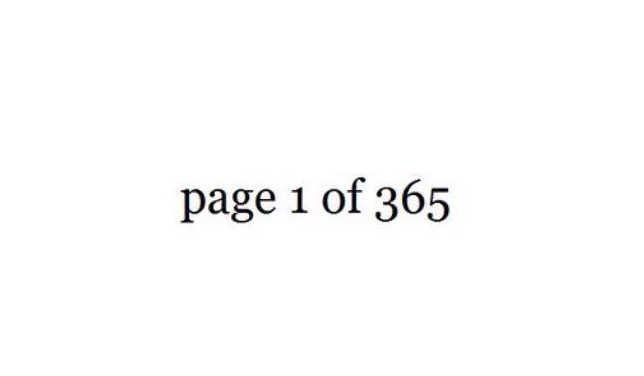 I love New Year’s Day. I love the idea of a fresh start. A new beginning. A blank page. Over the past several days I have enjoyed hearing everyone’s goals for the future and reflections on the past. I’ve had some nice conversations with my kids and my husband. I have read folks’ writings online and heard them talk on television. I even smile at the cynicism when some share that. I understand the tendency for all the reflection and resolution making to sound cliche. But for the most part, there’s such hopefulness as people look forward, and wisdom as people look back. I love being a part of all that.

I’ve been thinking of the past twelve months and looking ahead too. On January 1, 2014 I began a “One Line A Day” memory book. Set up like a five year diary that I once had when I was a child, the book invites me to pen a condensed recording of events each day. The small space to write reduces the pressure to write and after 365 days, I now have completed year one. Today I’ll begin at the start of the book again, for year two and I’ll be able to see what I was doing, thinking, or feeling the previous year on that date. For example, looking at the journal now I see that at the start of 2014 I had a bad cold, began reading Nelson Mandela’s autobiography, and due to snow we had three additional days of vacation, delaying school until January 7th.

At the start of 2014, after hearing Father Sam talk at Mass, I adopted three words of inspiration: Courage. Faith. Perseverance. I thought of those words often throughout the year and as December came to a close, I’ve pawed through the pages of this journal book and I must acknowledge that those words served me well. I was definitely courageous this year. First and foremost, my biggest challenge was in pushing forward in a new year that for the first time in my life began without my Dad. I got my feet steady underneath me and held onto faith that all the changes in my life were making me stronger. I’ve persevered and have come to trust God’s timing like I never have done before. After struggling to settle my brain in the second half of 2013, I was able to relax and read more books than ever before in 2014, finishing 36 in twelve months’ time. I accepted a writing gig and was paid for sharing my thoughts! I listened to my instincts and quit the job a few months later, but not until I had earned enough to treat myself to a pretty yellow chair that now sits in my bedroom, serving as a reminder to myself that I will always find wondrous new opportunities when I seek them.

2014 brought me to my firstborn’s graduation from college and her move to a new state.  It brought me back to the beach, at both the ocean and at a lake just 10 minutes from home. It brought me back to the dock at camp where again I learned that life goes on and that my parents’ absence is only physical. They are forever a part of me. 2014 brought my son to his first year of high school. It brought me a new puppy and another couple of “firsts” as I’ve never owned two dogs at the same time before and have never owned a small dog. The year brought me opportunities to do random acts of kindness which were so much fun. 2014 was the year I undertook documenting 100 days of happiness, 30 days of gratitude, and 10000 steps a day/100 miles a month. It brought me back to the gym, to counting steps with a Fitbit, and it led me to organize a supportive online fitness group too! The year brought me a new pixie cut, a new professional teaching blog, and the pride of seeing my first group of International Baccalaureate students successfully pass their English program.

The year brought me continued unconditional love as my husband and I celebrated 26 years of marriage. It brought me many beautiful moments with my elderly Mom. It brought me more adventures with my three children and lots and lots of warm embraces. And more puppy snuggles too.

Over the past few days I have gone on several walks in my neighborhood. Some of those walks have taken place in the morning when the sky is bright. Others have been taken in the glow of the moon and the stars. With the children home for the holidays, in the midst of a full house, the walks have allowed me reflection time. And they have reminded me of the one thing that 2014 most brought to me. Peace.

I don’t know what 2015 will bring. I haven’t set any resolutions per se, and I haven’t selected any new guiding words of inspiration, but I do plan to continue in the direction I’m going. I’m feeling good. I’m happy. I’m excited for the future. I’ve got some things to work on but I’ve got confidence and patience to continue to trust in God’s timing. Whether you've taken time to reflect, set goals, or snicker at those of us who do, I wish you all the happiest of new years.  Happy page 1.
Posted by Anne at 10:52 AM 1 comment: