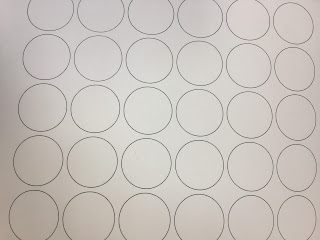 Priorities. Choices and decisions. It’s one thing if you’re trying to decide where to go out for dinner. If the temperature is once again below zero and you’re trying to catch a 7:00pm movie, you might opt to throw aside your budget and dine at that new Italian restaurant across the street from the theater where you’ve heard there are tables set beside a blazing fire. If you have 15 minutes to get to a basketball game and cash in your pocket, you might decide to grab a few pieces of pizza or a red hot dog and some popcorn at the concession stand and call it good. If you have a gift card to a chain restaurant and pay day is another week away, you’ll probably be in the mood for one of the new early bird dinners featured there. And of course, you can always decide to stay home and eat in.


But what if we were talking about priorities for your life? What if your fiftieth birthday was approaching, you’d just finished reading a memoir of a man who was given an expiration date before his fortieth and who suddenly was faced with his own set of choices and decisions, and you woke up on a Monday morning, healthy but feeling a little off and soon to be facing a classroom of 17-18 year olds on a crisp January morning?


First, let’s settle the food question. Today I grabbed an egg, cheese, and sausage wrap and a bottle of OJ at Dunkin on my way to work. There. Breakfast had been taken care of. I threw a container of chicken soup, some mini blueberry muffins, and a cup of jell-o in my lunch bag for later. And dinner is going to be decided upon after school, but it’ll probably involve the package of chicken breasts that I took out of the freezer this weekend.


So next, what am I going to do with that classroom of 17-18 year olds? They have finished a unit, creating a chapbook synthesizing the ideas around Elizabeth Gilbert’s book about creativity, BIG MAGIC. With only four class periods before the end of the quarter, how do I transition to a new unit?


I remember the circles. It’ll be different. It’ll be motivating. I’ll pass out a handout of 30 circles, give them 15 minutes and ask them to think of responses to a question. They can answer the question any way they want or need to. I won’t collect their work. It’s private for them. I do my own circle handout with them. By the end of the class period, we are all talking and sharing and I know I chose wisely.


Let me back up. After giving my students 20 minutes to work on their projects or their personal writing, I shared a summary of the book I’d spent the weekend reading, When Breath Becomes Air by Paul Kalanithi. The memoir of a man exploring the meaning of life, the purpose of our time on earth, a man who first searched for the answer in books as an English Literature major and later who continued the search while becoming a neurological surgeon facing his own death from lung cancer was richly reflective and thought-provoking. I spoke of the irony of reading this book on the same weekend that a dear friend of mine reached out asking nearly the same questions as the author, wondering if her life had positively affected anyone, asking what the value of her life has been… I’d written a response to her and had also thought of my own life--what I had accomplished in the past, the person I had grown to become, the future and all that I want it to contain.


We all began filling in circles to answer the questions: What do I want to do before the end of my life? What is important to me to have done when my life reaches its expiration date?


Keeping my word to protect their privacy, I only asked my students to share with me any insight or observations they had after doing the exercise. Many said they had fewer circles filled in than they had expected. I was with them there. A young woman said she had filled the circles with countries she wanted to explore. Another wrote of how her list had been filled more with desires to inspire others in different ways. We all smiled at the young man who said he wanted to be on national tv for something someday.


I now look at my own circles. Write a book. Travel the world with Eric. Be a fun grandma. Learn to play the cello. Paint like Grammie Freeman. Record an album for my children. See each of my children reach the age of 50.


What I feel best about is how my life priorities focus upon staying healthy and happy for the adventures of the years that are before me. I have lived a beautiful life in my first fifty years. I am excited beyond measure for the start of my second fifty.