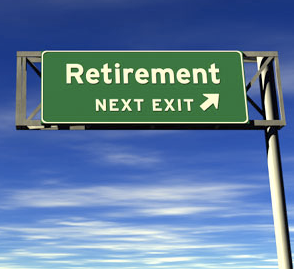 Although I'm usually content to enjoy a cup of yogurt and a little fruit for my weekday breakfasts during my first period prep, today I made my way down to the cafeteria to snag an egg and cheese biscuit. At one of the tables I spotted Steve, a teaching colleague of mine, sitting at his laptop, talking with a student. It dawned on me that tomorrow will be Steve's last day at our high school. After years of service to the young people of the district, Steve is retiring. It is bittersweet to think about, for perhaps no one else more deserves the freedom and new adventures in life than this dedicated teacher, but I cannot help but get teary eyed over the idea of not seeing him around next year. And I won't even think about all that the current and future students (and staff) will have lost in his absence. He has served the young people well over the years.

Although I never took one of Steve's science courses and although I never had him as a theater director (a role he is said to have excelled at years back), I was certainly one of those young people Steve served well. The story of my first real introduction to the man is one I tell repeatedly in my classroom each year when the subject of humility and personal growth is raised for discussion. Steve taught me a series of lessons over the years and it all began at Rockcraft Lodge.

In the early 90s, when I'd been teaching for only a few years, our principal announced that we would be starting Freshman Teams, designed to allow for a strong and supportive start to the freshmen students' high school years. Several teachers, including myself and Steve, were invited to go to Rockcraft Lodge, a lakeside retreat center on Sebago Lake. A series of discussions and team-building activities took place there to allow the teachers a chance to get to know one another better and to begin forming the two teams. It was during one of these activities that I experienced a moment of great embarrassment.

Steve and I had been paired to interview one another for several minutes. At the end of the interviews we were to return to the large group and introduce our partner. I went first. I remember being nervous and trying to do my best to speak clearly and confidently. I wanted to be seen as equal to my peers. At the end of my discussion on Steve I sat down and Steve stood up. The first words out of his mouth were, "What do you do when your partner thinks they have listened to you but they really haven't?"

Wow. I am sure I turned five shades of red. I wanted out of there, out of that room, out of that lodge, out of our high school. My heart started to race and I worried that tears were beginning to fill up my eyes. I laughed with the rest of the room, made a face, and tried very hard to save face. I don't remember hearing Steve's following report on me, and that, of course, plays into what his point had been. I was not a good listener. I pretended to listen and remembered enough to speak on what I'd heard, but I was more worried about myself, my performance. I had not truly stopped to listen to Steve. He had spoken the truth and had hit upon a quality of mine of which I had long been sensitive. I was a bad listener. Should someone even be a teacher with this fault?! That was the start of a change in me. In truth, it would take the years of becoming a parent to three children, to make me a better listener. Thankfully, in becoming a parent, I also became a more attentive and patient teacher who took time to listen to her students with an open heart and mind. In maturing, however, I still struggle with listening and with memory. I hold onto ideas and concepts much longer if I take notes or see things presented in a visual way. But I have also learned that when I seize a moment, look someone straight in the eyes, and see them, I do better.

Steve and I got to know one another better after that day at Rockcraft. Although we served on different freshmen teams, he was a regular visitor to our team meetings as he stopped by to see Peter, another science teacher and coworker of mine who greatly influenced the teacher and person I would grow to become as I matured. We began teasing one another and he was often quite relentless in pointing out my other flaws, but we also began to flirt playfully, and after catching me in tears several times, Steve gave me the nickname, "Princess", a play on the sensitivity of the Princess from the fairy tale, The Princess and the Pea. How I loved seeing the reactions of new staff who would be shocked to hear him call me that, no doubt thinking he was calling me a spoiled brat, but wait, that would probably fit me too.

Steve always put his students first. With every new change in our school or with every administrative initiative, Steve kept his focus on what was most important, what was most deserving of his time, his students. Steve went through his own hardships and challenges, however, and at one point he made an exit from teaching that I now see as being most courageous. It's a journey I've been tempted to make several times myself, but even if I don't take the step out the door to see what's on the other side, Steve's few years away again taught me something: despite our passion for our kids, our natural tendency to sacrifice ourselves for their sake, we can be no good to those we love if we do not take care of our own health and well being.

In the 20 years I worked with Steve, it's safe to say he evolved too. The year he returned to teaching it was apparent to those of us who knew the "old Steve" that he had mellowed and had grown too, no doubt affected by the way life meanders. I watched him, albeit often from a distance, and paid note to his face, his eyes, his smile, and his fabulous laugh. I took every hug I could get. The "new Steve" was the same guy only better.

In the years before my own retirement, before it's time to take my own exit from teaching, I'll remember Steve's ways and hear his words when I'm with my students, friends, and other loved ones. I'll think to myself, "I think I'm listening but am I really?"

I love you Steve. Have the best retirement. Have a good life. Thanks for everything.
Posted by Anne at 10:27 AM