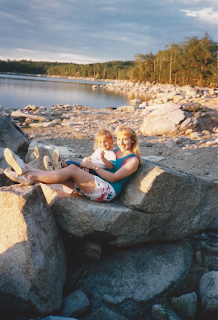 I waited an awfully long time for a niece. Meaning no disrespect towards nephews, I could not wait to become an aunt to a baby girl. I'd become an aunt to Jason when I was just 4 1/2 years old and don't get me wrong, I was the proudest aunt. Later, when John, Ben, and Geoff came around, to be called "Aunt Anne" was wonderful. But for 17 years, after being an aunt for nearly 13 years, I still did not have a niece. So when Ashleigh was born in 1985, I was ecstatic.

We even shared the same middle name, Elizabeth. When her first birthday rolled around, I was excited to give her the present I'd bought and saved for her, a frilly white slip for her to wear under her dresses! Yes, having another girl in the family was going to be fabulous. 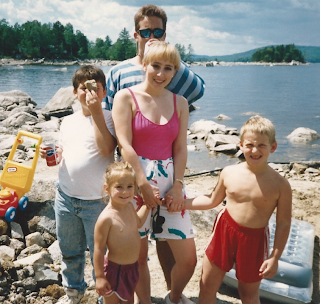 When she was a toddler however, she wanted to be "like the boys", her two older brothers, so she ran around topless most of the time at our family camp. I didn't like that her Dad jokingly started referring to her as "Al". She was a girl! But whether she was covered in sand or polished and pretty, I was still incredibly proud of the little pumpkin. 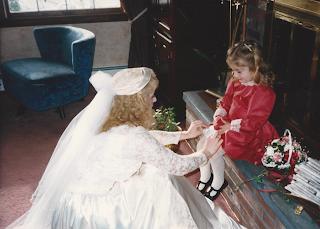 Soon after she turned three, she became the flower girl at my wedding. She wore an adorable dark red dress with little white tights and black patten-leather shoes. Holding hands with her cousin Geoff, Ash walked with a basket of flowers down the aisle in front of me and upon seeing her Dad in the pew, sprinted into his arms. It was adorable. At the reception Ashleigh was so excited. She pointed to my husband and I, ran around us as we danced, and kept repeating, "You're silly".

Of course, as a baby she had initially developed a stranger-fear of my boyfriend, now husband. Thank goodness she outgrew that! Later she'd travel down to our apartment for an occasional picnic in the park or a few days' stay. As a teenager, she'd play with my daughter and we'd all don facial masks and make-up. As she grew older, I saw her less frequently, but when we would meet up, often on the dock at camp, everything still seemed natural and easy. We'd fall back into the habit of teasing my husband or our brothers and we'd laugh.

Ash became the mother of a beautiful little boy not too long ago. She's a good mom and has grown to be a lovely young woman. She was quick to open her home to my daughter when she needed a place to stay for a week when she had rehearsals at college when her dorm wasn't open, and upon discovering that she was alone for Easter, Ash once again came to the rescue. Like her mother Ash is generous and kind, loving and humble. She is fun and funny but devoted and trustworthy too. 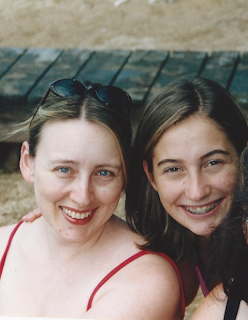 I eventually became the aunt to four more little girls and a few additional young women when they married my nephews. But Ashleigh or Ash (or Ashleighkins as I like to refer to her as) was my first niece and will always hold a special place in my heart. My time with her as she grew from babyhood gave me insight that I later appreciated when I became the mother to two girls of my own. 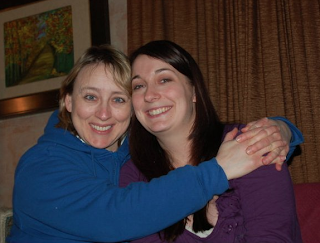 So at the risk of once again being called "silly", I wanted to bring attention to this beautiful niece of mine. I love my nephews too but it's simply been a joy to be her Aunt Anne.
Posted by Anne at 8:21 PM