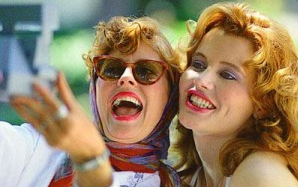 After a most responsible morning doing several hours of work on curriculum, I suddenly felt like running away from home. I knew my husband was still tackling his own outlines however, and understood that motivation like that should not be interrupted when due dates are looming. So I asked Emma if she was in the mood to go see a movie or two. She quickly named the movie she'd been wanting to see and after a quick check on movie times I asked her if she could be ready in a half an hour. She said yes. I jumped in the shower, threw myself together, and we flew out the door to make the 4pm show at a cinema 40 minutes away. Before leaving I yelled to Eric that we'd probably hit two features, as there was also a 7pm movie that Emma and I wanted to see too. As I drove to the theater, the two of us sang along to the radio. The impromptu trip had already done its job; I felt happy. I felt free.

We enjoyed the first movie and laughed about our favorite parts as we walked out to the van. We decided to run over to the nearby mall before the 7pm show and found ourselves buying shoes and purses (on sale of course)...and a good pair of jeans. Throwing our bags in the car we joked about how much room we had in the back for more shopping bags and completely agreed that we were such efficient shoppers that we could easily spend $1000 in 20 minutes time if we were given the opportunity (and the cash)! Upon our arrival back at the cinema we giggled wondering if the ticket lady or the concession guys would recognize us returning for a second movie in three hours' time. We lost it when we saw how much extra cheese we'd been given for our nachos and started laughing again at the playing of the same lame movie preview that we'd made fun of earlier. "You know how every time you go to the movies there's one obnoxious set of people in the audience during the previews?" Emma whispered to me. "Today that's US !!" we said in unison before cracking up again.

It had been an unplanned day and night at the movies. It was all rather tame as far as adventures go perhaps, but leaving on a whim had been part of the fun. For me it was a reminder that I need to do this kind of thing more often. I work hard and I should take more breaks and give in to my desire for spontaneity and impulsivity more often. Sometimes my responsible nature interferes with my happiness. I think of schedules and others' wishes for the way the day will go. Today, I did not do that. I put myself first. 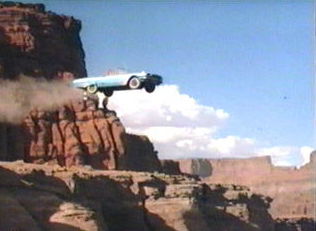 Thelma and Louise jumped in the car and drove off into the sunset together...or in this case, to the movie cinema. And what do you know?! We brought ourselves safely and responsibly home afterward. There was no driving off a cliff today, but something tells me, I've found a new partner in crime.