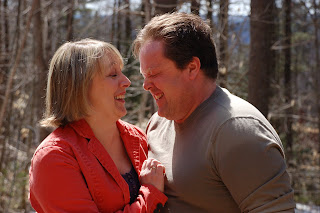 Mom?! What is with you today?! Are you listening to yourself?! You're not making any sense!

I don't know what gets into me some days. I don't wake up thinking I am going to cause my children to ask such things; I really don't. But this morning I found myself tempted to throw some water on Paul while he was playing wii. That resulted in a small wrestling match. Later I started acting up with Eric and Sydney. The best part of family is knowing that you can just sink into whatever persona you feel like pulling on at any particular moment. And today, I was feeling antagonistic and silly. 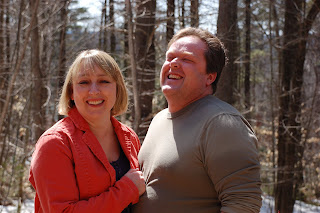 However, I'm not alone in acting weird in this family. I married a fellow goofball and today the two of us found ourselves cracking up for some odd reason that doesn't even make sense so I won't write about it here. But I will say that it first happened while we were trying to get a few nice pictures of the two of us. Sydney snapped a few shots out on the deck and before you knew it, we were laughing. Again. That happens a lot. Thank God. 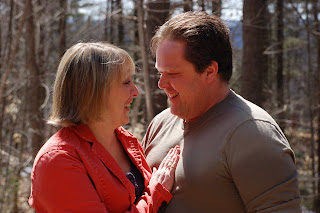 We went to see Emma's play this afternoon then decided we'd go out to dinner, just the two of us. A rare occurrence. The meal was delicious and our conversation was a mix of reflection, planning, and recounting. But a few minutes after getting into the car for the ride home, it happened again. We were laughing. I was once again acting up and Eric added to my routine and before I knew it I was ordering him to stop laughing (as if that's possible) because I'd almost choked on a piece of hard candy that I'd foolishly put in my mouth. It's not quite the equivalent of having milk come out of your nose but you get the idea. 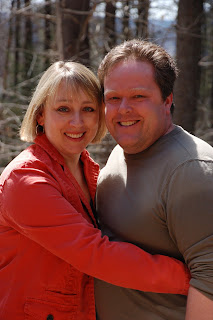 If our children had been with us, they would have surely scoffed at us. "Mom. Dad. Stop. You're not even making sense". I know we embarrass them at times. However, I hope they each remember how going through life with someone who still makes you laugh that much, after spending 28 years together, is a truly beautiful thing. It's the most sensible thing there is in this life.
Posted by Anne at 7:34 PM