Do You Hear What I Hear? 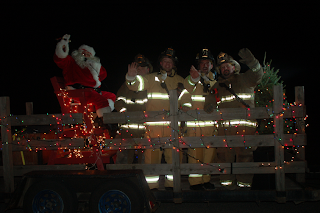 Dashing out of the house at 8:00am, Eric left with Paul to drive to an out-of-town basketball game. Forgiven from attending, since Emma had an early afternoon dance recital, I was tempted to be lazy, but the news that Sydney would be coming home in just a few days’ time had me up and in the shower a few minutes later to prepare the house for her homecoming.

I began cleaning in anticipation of getting the house decorated. I blasted some music and for the first time in weeks, took to dancing in my kitchen again. With the sore back almost only a memory, I took my chances and felt the pleasure of seeing my puppy jumping around with me, thinking I had gone mad.

I cleaned up the dining room table, the kitchen island, the cupboards, and the dishes. I baked cinnamon rolls and paid bills. When the boys returned home around noontime I got them to bring up a few boxes of Christmas decorations and I began transforming our house for the holidays.

Still, as positive and happy as I was, I wasn’t feeling the Christmas spirit. Not really. I hoped that watching my daughter’s dance recital in the afternoon would help. As the story of The Nutcracker was told, and as dancers, young and old, swayed to the familiar songs, I still felt a bit numb. I just wasn’t feeling it.

I went home and saw my husband off as he went to catch Emma’s second show. With just Paul in the house I had him help me set up the Christmas village, a set of collectible ceramic buildings that we’ve added to since buying our first piece when Sydney was a month shy of her first birthday. We carefully unwrapped each piece and I set up each neighborhood on designated spots in the living room. Paul went off to watch television as I plugged in each cord. The final result was very pretty but once again, it felt like I was just going through the motions.

Then I heard the sirens. In our town the local fire department joins Santa in a parade down each street in the community. For years Eric and I have raced down the driveway with our three children to wave to Santa and his team of firefighters as they drive by our house with music blaring and several firetrucks letting their sirens scream. Once, when Emma was just a toddler she had been taking a bath when the sirens were heard. Panicking, she was afraid she'd miss seeing Santa. I threw a blanket around her and we raced down the driveway getting to the end just in time! Another year we watched as the girls and a group of foreign exchange students excitedly ran down to the cul de sac. But tonight, I knew that without the girls here, I would be hard pressed to get Paul to run down the driveway with me. Newly 12 years old, he would be too self-conscious. I anticipated that. Yet I tried anyway. “Please Paul?! We could take Ziva! Go with me, please?!”

I heard the sirens growing louder. They were getting closer to our neighborhood. As sad as it was to know no one was home to go down the driveway with me, I felt it would be sadder to stay inside. So impulsively, I grabbed my camera and went down the driveway, alone. Our neighbors came out of their houses and we all waved to one another. I could not help but wonder if in another ten years if we’d all be doing the same thing, walking down our driveways without our children perhaps, but in support of our local firefighters who brought out their shiny firetrucks in celebration of Christmas. I smiled. For I knew then that for me, it would never matter whether I had a child next to me or not, I would be continuing to greet them and Santa at the end of my driveway for as long as they continued this tradition. Maybe the child in me has never truly grown up.

“You did what? Alone? Mom, that’s really sad”. Upon hearing what I’d done, one daughter seemed embarrassed for me. The other felt sad that I’d had to go alone. She scolded her brother and was disgusted that she had missed it herself. But I was neither embarrassed or sad about making the trek to the end of the driveway. For the magic of Santa, or rather the magic of a community--in this aging neighborhood of mine and in my sweet town--had done it. The Christmas spirit had been renewed in me once again.
Posted by Anne at 10:22 PM