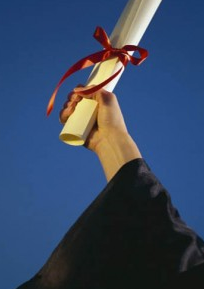 When I first went to college I declared a Theater major. I had an obvious interest in the Performing Arts, however I had no idea what I wanted to study or what I wanted to do for a career. It was a pretty common belief however that undergraduates who did not declare a major would be seen as being “less serious” students than those of us who did. So I went with Theater and I took my first scenework course. I enjoyed the class and I continued taking theater courses along with my general core classes. But I didn’t stick with the Theater major. In my late teens I had so many different interests. I needed to explore my options. I switched my major to Communication and took courses like “Small Group Communication” and “Family Communication”, amongst others. I truly enjoyed all of those classes and I learned a great deal. But then I felt something wasn’t right. Another major shift was on the horizon; I could feel it.

At the end of my sophomore year of college I took a look at my transcript. I was doing very well in my courses but I did not feel enough of a challenge. Unsure of my now-second major, I wanted to make another change, however I had it in my head that I also wanted to be out of college in another two years. I looked over the credits I had accrued and noticed that along with Theater and Communication courses, I had been steadily signing up for classes in Writing. I had always enjoyed writing but had never seriously considered majoring in English. To tell you the truth, I didn’t think I could do it. It was true that I loved writing, but I felt quite limited in my knowledge of literature. I’d done well in high school English courses but had never read any classic novels. I remember my Mom saying just that as I’d come home with different assignments. “I wish you’d had Mrs. Bartley”, she’d say. “Then you would have been exposed to all these classic novels. It’s a shame she retired before you had her”. I’d just smile and think how lucky I was to have the chance to do different units. But now, facing the dilemma of selecting a new major, I felt insecure. I knew that opting to major in English was going to mean tackling a bunch of classic novels. What if I couldn’t understand the texts? What if I failed? I’d read books throughout school but none that were overly difficult to understand. I examined the course catalogue book and saw the requirements for an English major. “It’ll be tough but you can do it”, I heard a voice inside of me say. So off I went to the Registrar’s office again. At the start of my junior year of college, I officially became an English major.

I have never regretted that decision. My classes were tough. They provided me with the challenging academic atmosphere that I had felt I needed. I took a course on Shakespeare and one on Chaucer. Never having been exposed to literature such as The Canterbury Tales before, I annotated the texts and examined every footnote in my textbook. I took a course on Linguistics which had us studying Native American stories and I examined "Writers from Maine" with Professor Jacques who became one of my favorite professors. I took courses in a variety of genres, studied poetry and modern criticism and hit the books so hard that I realized how little I had studied beforehand. I felt proud of myself for daring to take on what I had first feared. When I graduated summa cum laude in 1990 I still had no idea what I wanted for a career but I knew one thing, I had made myself very proud.

As my own children make decisions around college the courses of study they wish to pursue I share with them my own experience. I tell them that it is okay not to have any of it figured out when you’re only eighteen years old. It’s okay to change your mind a few times and that most of all, it’s important to do what feels right. As much as I love Theater, the major didn’t feel right for me at the time, and as much as I enjoyed my Communication classes, I was right in realizing that another course of study more appropriate for me was out there for me to explore. My first two years of college were spent exploring fields of study. Then I gave myself the challenge of becoming an English major and graduating with all the courses I needed in just four semesters so I could meet my personal goal of getting my undergraduate degree in four years’ time. When I succeeded, I carried that win into other areas of my life. If that isn’t what college is all about, finding what it is that makes us know we now have whatever is needed to take on the world, then I have college all wrong.

After graduating in May I returned to school in late August to enter a graduate initiative called the Teachers of Secondary Schools Program. I really had no idea if I even wanted to be a high school English teacher when I applied for the program but as luck would have it, after graduation, I was hired to teach summer school English at a nearby high school. The rest is history. I fell in love with teaching teens. I got my teaching certificate and got a full time teaching job at that same school that had taken a chance on me the summer before. I then won a scholarship and earned my Master’s Degree in Education within the next two years, and along the way I became a parent. And as we all know, that’s when my real education began.
Posted by Anne at 12:15 AM