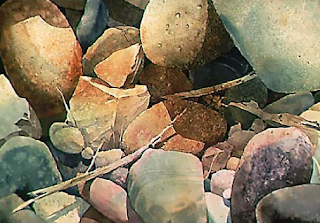 Years back my husband and I experienced a very scary situation. It is still something that I have trouble talking about in fear that I could somehow trigger a return of a man who, in the words of a lawyer, “went ballistic” on me. I apologize for sounding cryptic and for not going into more detail, but let me simply say here that in trying to protect my family from harm, and after trying diligently to rectify a situation fairly and peacefully, I felt in my gut that I needed to act decisively and swiftly. So when I felt threatened, I got a lawyer and a policeman’s best advice and became the mother bear that I needed to be. I was shaking the entire time but nothing was stopping me. And in hindsight nearly a decade later, yes, I did the right thing.

One of the nicest things someone has ever said to me was spoken a few days after I had enlisted others’ help. A colleague of mine who found himself strangely involved in the situation pulled me aside. After asking me if I was okay, Tim said, “That guy did not know who he was dealing with, did he?!”

Tim’s words, spoken at a time when I was still trembling, were just what I needed. Never before had I been in such a situation. I had naively thought that nothing like that could ever happen to me. But I had been tested. My views on the world, on my security and that of my family’s would never be the same again. Yet, I had proven myself to be a fierce opponent. I was brave. I was strong. I was intelligent. I was resourceful. I was powerful.

Not everyone agreed however. When I went in to speak to another coworker to explain what had happened, he expressed how the situation could have been handled more easily, in a different way. Having only met this colleague a few days earlier, I realized right then and there that he and I were very different people. “You don’t know me yet”, I said to him. “But you’ll soon realize that I strive to do what is right, not what is easy”.

It’s amazing how people’s words stick with us, the good and the bad. I can recall several things said to me by another colleague of mine in the first few years of my teaching. She once said in response to my excitement over a lesson that went beautifully in my classroom, “I wonder if you’ll have such a good rapport with your students years from now when you are no longer young and pretty”. I had no response to that at the time. Another time she told me that I reminded her of a television character, a young mother who had great conflict with her teenage daughter because the mother was acting up and seemingly competing with her child. “I wonder if Sydney will grow to resent you someday for the way you still put yourself out there on the stage, the way you are larger than life at times”. OUCH! But I later came to realize this woman’s bitterness sprang from a place of insecurity and I learned not to take her words to heart. Still, I have not forgotten her words. In fact, having long ago shared them with Sydney and later Emma, we sometimes get laughing and tussle with one another playfully, yelling “I’m the star! Don’t steal my thunder! Don’t make me resent you!” What can I say? I use honesty and humor as weapons. Rarely do they let me down.

It’s yet another way I have battled against those who threaten me and my cubs. Listen to Tim. Know who you are dealing with, world. I am brave. I am strong. I am intelligent. I am resourceful. I am powerful.
Posted by Anne at 9:01 AM