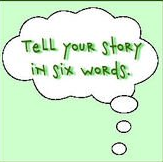 After missing two days of school this week due to a nasty head cold, I pushed myself to get up and to make the trek to work this morning. I feared I was rushing things when I felt my eyes tearing up as I walked into my classroom. It takes an awful lot of energy to teach high school and I was not sure I had enough to last me the day.

I took a deep breath as my first period class came in to take their seats. With a pile of papers I had ready to hand back, I began to talk to my students and admitted to them that although I was back physically, I was not overly sure how mentally prepared I was to be teaching them today. They smiled back at me and I took another second before we began discussing the readings they’d been assigned for homework. Thinking quickly on my feet I moved them into small groups to allow myself a chance to sit down. They were more than capable of leading discussions in their peer groups and I could poll them after awhile to make sure they’d understood the works well enough.

After a successful half period of small group work, I had the students share their short video projects with one another. I had given them the task of adding visuals to their previously assigned six word memoirs to create a 15-30 second video display, a precursor to an upcoming digital story they would craft for the culmination of our study of the memoir genre. The project would push them into learning the basics of the imovie program and give us an opportunity to discuss the power of visual rhetoric.

One by one my students came up to the front of the classroom with their laptops. After plugging in the projector and the computer speakers, the students’ pictures flashed onto the bare white wall and music hit our ears. If anyone ever questions the ability of sixteen and seventeen year olds to reach someone’s heart and soul with just six words, let me remind you of the way I was awed and amazed today.

I am not going to share examples of their chosen six words. Yet, I will say that each student’s summary of who they are or what they believe in was beautiful. Some addressed friendship. Others gave recognition to the true meaning of success. Others simply applauded individuality. Words, photographs, clip art, colors, and graphics were mixed with music and as each showcase ended, I was giddy with compliments.

I need to remember that when I am unsure of what energy I have to offer to my students, it takes only the words of a few teens, or in the case of today’s first period class, just six words from teens, to restore me.

Six words that sum up my feelings today: Teens restore my faith in everything.

For more six word memoirs, check out this website: http://www.smithmag.net/sixwords/
Posted by Anne at 11:19 PM