The Gift of 15 Minutes 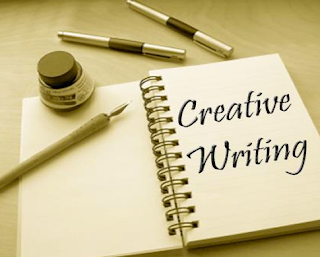 I am going to throw you right into what will be a regular practice in this course. I am honoring my belief that if I want to nurture you as writers, I must give you the gift of time. So beginning today, you will be given 15 minutes at the beginning of each class period to write freely. I promise not to make you read what you write. I promise not to force you to share what you write with me or anyone else. You have total control. You may enjoy this. You may not. But I believe you’ll come to appreciate this daily routine as the semester continues. I will write alongside you. I will sometimes be tempted also to do something else, but I will work each day to honor this time to write. I ask you to do the same.

These words were my first words to my semester class of Creative Writing just now. Without their laptop computers which get issued to them next week, they all found paper or a notebook and began writing with pencils and pens. One girl, after 5 minutes, closed her notebook. I didn’t press her to continue. I saw some people stop, read over what they had written, and erase or cross out something. I saw some heads resting on hands. I saw some people whose eyes were a mere six inches from their paper while others sat up straight. Glancing at people’s papers from afar I saw some had taken my suggestion of writing in list form. Most people, however wrote sentences.

Nearing the 10 minute mark, a bus started its engine outside my window. No one stirred. The young girl who had closed her notebook went into her backpack and grabbed another notebook. I was curious and waited to see if she would indeed begin writing again, she didn’t. She chose to sketch. That had been another suggestion of mine for students to do during this time. I smiled.

I began wondering if I should tell them today that I am a writer myself. I don’t want anyone to get the wrong idea. I don’t want anyone to think I am full of myself, “Oh look at me and what I write”, nor do I want anyone to feel at all intimidated. But I think it’s important that they see that I love to write. I think it’s necessary for them to know it is a passion of mine, just as theater and music are. I want them to know that I don’t only write because I like to, I write because I need to. And if they aren’t like that, that is perfectly cool, but this class is going to be one which encourages them to give my passion a chance.

With just three minutes to go, one of my students stopped writing. He sat back in his seat sideways and without speaking a sound mouthed a word or two to the girl in the next row. It was a very brief exchange then she went back to write. After no more than 30 seconds, he picked up his pen and started to write again.

With one minute to go I spoke quietly, “Okay, in the next minute if you can find a place to stop...” Pencils and pens began hitting the desks. A few people appeared to write more fervently, more quickly, as though time like this would never come again. I can relate. But it will come again. Same place, same time. Next class. On Tuesday.