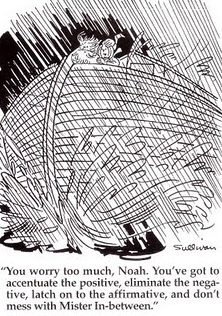 I was once again inspired to write today today after listening to the words of my parish priest. Father Paul spoke of mornings and how many times we wake up on the “wrong side of the bed” and begin our day in a sluggish place. He encouraged us to do our best to renew our thinking in the morning or even in the afternoon or night when we feel the day has gone poorly or has even been lost. He reminded us that even in our days or lives’ late hours, there is still time to be renewed in our faith.

The homily’s discussion moved me. Although I have had hours or days when I have struggled with my own faith, I am one of those Father Paul spoke of, a person who has had a pretty strong devotion to God “since my brow was first wiped at baptism”. In fact, I remember playing “church” when I was little, the way many children play school (although I did that too). I used to pull off the day bed’s long cushions and place them in the floor of our den to set up “pews” for my stuffed animals and dolls to sit in, and having borrowed a copy of our church’s paper missalette, I’d poise myself at the front of the room and do the readings. I even took small oyster crackers from the kitchen to use as the communion hosts. I’d sing the responsorial psalms, the alleluias, and various hymns too. In fact, I was quite disappointed to learn that being a Catholic woman, I could not hope to become a priest someday. I did not have any desire to become a nun for they were not the ones who gave the homilies. Sure, this was all role play for an imaginative child who would later develop other games and play “office”, “taxi”, “newspaper reporter”, and “detective”, but even at a young age I felt a stirring, a desire to be in church, to be close to God.

As I entered school I would lead a group of my classmates home once a week for our faith formation classes which for a few years were taught by my Mom. We’d come home after school and be greeted with snacks then have an hour of prayers and activities. Later my friends and I went to CCD at our church. I remember having rich discussions with my teachers and never minding the time spent there. Being let out of school early on holy days to go to the stations of the cross for example was part of a comforting routine in my childhood. I joined a youth group and had a hearty group of friends from both my church and others in town. Going to church and church activities was something a healthy percentage of children and adults did in town.

However, in the years I have raised my own children, it’s been quite apparent that they are in the minority at their schools. The practice of receiving the sacraments of baptism, Holy Communion, Reconciliation or Confirmation is looked upon as unfamiliar or even strange. To my knowledge, my children have never been discriminated against for being Catholic and have not been teased for going to church, but they have not had a large peer group of friends who share those practices either. In fact, the world seems to be quite secular nowadays. And both in the school where I teach and where my own children go to school, calling oneself an “atheist” is as natural a practice as calling oneself a teenager. My daughter often says that she is asked many questions when the subject of church comes up. She handles her peers’ inquiries with honesty and that makes me proud. I’ve often told her that God is working through her. I truly believe that her peers’ curiosity is a gracious gift and that the way Emma handles that curiosity is part of God’s plan.

So today, Father Paul’s talk on how a person may be led back to their faith in God or how he or she may come to know God’s love after the wisdom of the years pass, gave me comfort. What I have had since being a small child may wane in others but it can take only a single moment in time for a person’s faith to become present. The intensity at which it appears may more than make up for the tardiness in which it arrives. So, perhaps I can stop worrying so much over those who seem to have walked away from weekly mass or who are tempted to. Perhaps I can relax and instead work on strengthening my own path in life as I am quite sure God expects more from me. I’m hopeful the seeds I have planted will take root someday but maybe it’s for the best now that I let go and let God. For surely, God’s plan for the children I have raised, both my three at home and the thousands I’ve met in the classroom, is far wiser than my own.
Posted by Anne at 1:07 PM