My children have their favorites. Although they love and enjoy all the members of their extended family very much, Uncle Joel on Eric’s side of the family and Uncle John on my side of the family each have cemented the role of being “favorite uncles”. It is easy to see why when they get together with us. Each is lovingly childish--playful, antagonistic, silly, bratty, and incredibly entertaining. 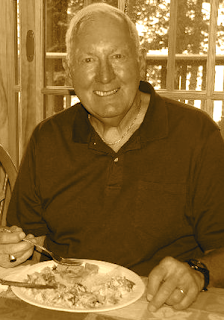 Growing up, I also had two favorite uncles, one on my Dad’s side of the family, and one on Mom’s side of the family. My Dad’s younger brother, Uncle Tom, used to drop in and share a meal with us during his travels. When I would come home from school and spot his car in the driveway I was very excited. Uncle Tom would always greet me with a big warm hug as he’d exclaim what a beautiful niece he had. Then he’d pull some surprises out of his briefcase--gifts of little toys, stationery, pens, and plastic desk ornaments were left for me. One of his presents, a little plaque picture of a girl clutching a blanket, hung in my childrens’ nursery for years. I thought of Uncle Tom each time I saw it. Over the years Uncle Tom and my beautiful Aunt Elaine have attended many of my theatrical performances and when I see them at family gatherings, the hugs from my Uncle Tom continue to make me feel as though I am the most beautiful girl on Earth. 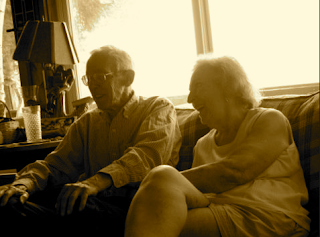 On my Mom’s side of the family I had another favorite uncle, Uncle Don. Unlike Uncle Tom, my mother’s brother lived out of state, in Pennsylvania, so we saw him less frequently. And yet, visits with him were highly anticipated as well. Uncle Don, Aunt Glenice, and their four children Denise, James, Cathy, and David would come to our home nearly every summer. Our week with them was bigger than Christmas. Although our fun with cousins was the highlight perhaps, time spent talking to Uncle Don was always full of laughs. I loved hearing him talk about my Mom as a child. She was his big sister. It was just the two of them. She was protective of him and he of her, and the two siblings were very close. Uncle Don used to joke with us every time he got together with Mom and would say, "She's my older sister. She will always be older than me. Isn't that great?"

Uncle Don lost Aunt Glenice to cancer when I was just six years old. Being so young I only remember her faintly but I very much remember traveling to Pennsylvania to attend her funeral. Uncle Don was then left to raise four young children. A meteorologist for NASA, Uncle Don’s life became most challenging, but somehow he managed to continue coming to Maine for those summer vacations. And never did he stop making us laugh.

Whenever I try to explain my Uncle Don’s jokester personality I struggle to find the right comedian to compare him too. Don Knotts? No. Jerry Lewis? No. Red Skelton? No. But there was something about Uncle Don’s sense of humor and use of corny old jokes that likens him to an old time comedian of yesteryear. I sadly don’t remember specific jokes that he told me, but the playfulness in his eyes, the way his head and shoulders would shake as he’d laugh...I will never forget my joy at watching him tell his jokes.

Uncle Don passed away last night at the age of 81. He was two weeks shy of his 82nd birthday. When I heard the news my eyes filled with tears and yet I thought of how nice it was that he could finally reunite with Aunt Glenice. I am sure they have a lot to catch up on. Uncle Don raised four children and their devotion to him in his aging years is proof enough of what a good father he was. I’m going to miss my Uncle Don but I am going to hold on to some very beautiful memories of the man he was and the amazing way he lived his life. He faced the challenges of life with great courage and never without a few jokes to bring us to laughter.

I am so very blessed to have had these two favorite uncles in my life. I plan to send a note off to Uncle Tom to tell him how much he means to me and you can be sure I will get on my knees to say prayers for Uncle Don. I want also to take a moment to say thank you to Joel and John for giving my children the attention they do, for their playfulness and for the laughter and joy they bring to us all.