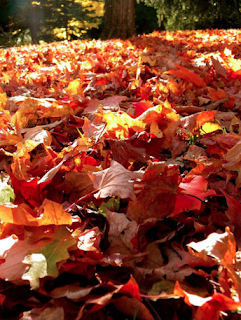 Movies are dangerous. I am completely reeled into a good one and the music combined with the acting and dialogue can alter my thinking, at least for a short while. Today, we went to see Unknown. It was a good flick and once again, I became entranced by the action and the story’s premise. It would be a good hour before I would come out of the trance.

I am not sure why movies do this to me. A good song has a similar effect on me. Music and movies have a power over my emotions and my thinking, until I break away after a little time back in the real world.

In the movie today, there were some lines that stuck with me. In the film, the main character, Dr. Martin Harris, awakens from a four day coma, only to find that his identity has been stolen. Everyone is telling him that he is not who he thinks he is. He says to his doctor, “Do you know what it feels like to become insane? It’s a war between being told who you are and knowing who you are. Which do you think wins?”

Sometimes I think that the reason I sink so easily into a role I play onstage or the reason I lose myself in a good movie is because I find it simple to believe in the idea that a person can be told who they are, that our reality is as fragile as a leaf in autumn. Our hold on our lives can break with the slightest breeze. One day we can have everything. The next day we could lose it all. We believe we are who we are, but at some point we might be told or we might come to believe we are something else. If we do not have a strong grip, we could be easily persuaded to believe in a different reality.

I have sympathy for those who are struggling with keeping a handle on their present reality. Those who are aging, those who are troubled, those who are terribly insecure, those who may be facing addiction, all of these people are caught in their own wars, their own unscripted films. It is something that may be difficult to experience or perhaps even to witness, but the loss of grip may not be within their present control, and thus the only thing we can do as onlookers is to cushion their fall. And who’s to say that their travel is not without its own rewards? Who’s to say they will not become stronger in the end? Who is to say that we don't have much to learn from their journey?

I told you movies are dangerous.

"After the leaves have fallen, we return
To a plain sense of things. It is as if
We had come to an end of the imagination,
Inanimate in an inert savoir."
- Wallace Stevens, The Plain Sense of Things, 1952
Posted by Anne at 11:22 PM