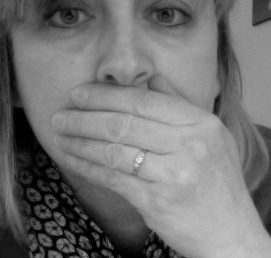 I am not afraid of confrontation. I can take the spotlight when I need to. But sometimes when I don’t talk, it is simply that I realize my limitations to debate an issue. Other times, my silence is a matter of always having believed in my ability to capture the room’s attention and to make effective change by choosing the right moment to speak up. Those who clamor for attention and recognition of how politically or socially savvy they are quickly become ineffective in their protests and pontifications. Their voices become shrill and nauseating. They tire me, especially when I note the lack of experience or the lack of empathy they display.

I try to steer clear of political debate on most issues. It is not that I am without opinion, nor am I without courage. It is simply that in most situations I work to respect the difference of opinions amongst people. Despite who we are or what we believe in, we are the product of our upbringing, experiences, education, and influences. I truly subscribe to the idea that most people are doing the best they can in any circumstance. If someone disagrees with my stance, through conversation with that person, the reasons behind the difference in opinion is unveiled and it usually make sense to me. With this said, there are times when I find it necessary to speak up and raise concern or awareness on a subject dear to my heart, and I do, but it has been my experience that often the most effective way to make change in my environment is to talk with people one on one, rather than to climb onto a soapbox, demanding that all eyes and ears turn my way.

Several years ago I became a political advocate for our local school district’s music department. Facing budget cuts, I wrote letters, elicited petition signatures, and went completely out of my comfort zone when I spent hours at the polls talking to the public. The experience did not end with any heroics but I did my part to garner support for the music teachers and students as best I could. Years later, I spoke up again, at a school board meeting when the high school principal of my children’s school was to be ousted under the guise of politics, when in reality there was the greed of the ransom of state money which could go to the school. A good man fell on his sword and chose an early retirement. Again, I’d gone out of my comfort zone for something, or rather someone I believed in, but my efforts were futile.

So here I am again, debating whether or not to speak up, to voice my upset that the world has gone crazy. I am so tired of the shrill and nauseating voices which, in their attempts to make sense of politics, are throwing dirt at something they do not understand. I don't proclaim to understand every facet either, which perhaps is why I find it best to listen with the two ears God gave me. In the meantime, I am standing here dumbfounded. I keep taking a towel to wash my face. I should move. I should speak. Shouldn't I? No, not yet. I am confused and do not know what to do or what to say. I want to be that welcomed voice of reason but I am not sure I have it in me to debate. I realize why they are saying what they are saying; their upbringing, experiences, education, and influences have been different from mine. I respect that. And unfortunately the dirt bombs are being sent from so many different directions. Some are not even aware of how I am feeling, not that my little ol' feelings matter any more than others. I suppose what bothers me the most is that my own pained voice isn’t being heard. In my attempts to be tolerant and understanding, I have been silenced...by my own confused, distraught, and exhausted hands.

Or perhaps I am just waiting for the right moment. Is that it? I hope so. And if so, I hope it comes soon.
Posted by Anne at 4:31 PM