My Family, My Decision 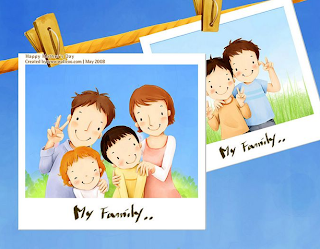 I was born in 1968. Plenty of women were in the workforce by then but my Mom was a stay-at-home Mom like many of my friends’ mothers in the community in which I lived. My Dad was the family breadwinner, working in the town mill full time as he’d done since graduating from college almost 20 years earlier.

Our own experiences greatly influence the ideas and perceptions we have on the world and its various issues. The woman who raised me had five children. She herself was a product of the Great Depression and she surely knew how to stretch a dollar. The time she spent on her home, on preparing meals, and sewing or swapping articles for our clothing needs for example could have been spent on a profession outside of the home, but no, she never did work beyond her homemaking at a job that earned her money. Instead, when she did make time to go outside the home away from our family’s needs, she did volunteer work and served her community which, in many ways, pays much more than a weekly paycheck. I have grown up hearing continuous stories that praise my mother’s generosity, creativity, and intelligence. I have witnessed her actions myself. This is a woman whose efforts and lifetime career as a parent and community member I have long admired. I was always proud of her as a child and am even more proud of her today. She, a stay-at-home Mom, has greatly influenced the woman I am today. Although I am quite sure I would have been happy to follow in her footsteps, my own choice to work outside the home earning a paycheck as a full time high school English teacher has been a choice strongly supported and fiercely defended by my mother. (If you ever knew my mother, it would not surprise you to hear that).

Despite my own mother’s support however, I have been affected by other opinions on the working parent debate of whether one way of raising children is better than another. There are many considerations in this. I don’t wish to get into those discussions at this time, and let me be clear in saying that the decision my husband and I made is not being held up as superior to any other couple’s decision on how to live their lives or how to raise their children. That is perhaps the most crucial point I wish to make; that no one’s thoughtful decision on whether or not to be a working parent should be criticized or judged by another. But in my own life, I have given the challenges and rewards of both sides of the debate a lot of thought. The decision for me to be a working parent is not one I ever took lightly. I have never been able to shake desirous feelings in want of living as my Mom did, for I was so very happy and content on my maternity leaves for example and would have opted to stay home with my kids if I could have seen a true means to afford that choice, but then again, there have been rich benefits to my decision to be a working parent. And I am not talking about the money I help bring to our own family’s budget. Instead, there have been great benefits earned for the sake of my family, and those three individual children my husband and I have raised. The most beautiful reward is that, as in my own admiration of my Mom for what she did and how she lived as a stay-at-home mom, I now see that same admiration coming from the children I have raised and am continuing to raise. My children, ages 20, 16, and 12, like my Mom, are strong supporters and fierce defenders of the decision I made to be a working parent.

I don’t need to parade my children around as examples of how I am being successful in this decision to work outside the home. But I dare anyone to tell me that my children would have been better off if I had made a different choice. Likewise, I dare anyone to tell my Mom that I would have been better off if she had worked outside the home during my own upbringing. Life is full of choices. We do the best we can with the decisions we make that influence our paths. What I wish would happen in this world is an acknowledgment that there is no “best way” to live a life, to raise a child, to support and provide for a family’s needs. Respecting the decisions, the choices, or the best efforts of individuals who believe their choices are limited at best, is how I wish to live.

I was born in 1968. Plenty of women were in the workforce by then but my Mom was a stay-at-home Mom. Sydney, Emma, and Paul were born in the 1990s. Their Mom is a full time English teacher. Their Dad is a full time teacher of Mathematics. Together they created a family that was strong and loving and which did its best to serve its community, and one another. And they all lived happily ever after.
Posted by Anne at 1:45 PM