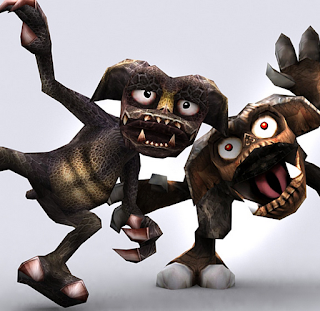 Okay, I admit it. When there’s only a week or so left of my summer vacation, I get crazy.  No. Let me be clear. I get REALLY crazy. In fact, I would go so far as to say that the crazies take over my body. That’s right. It’s as though I am completely possessed by some external mischievous scamps who crawl in and mess with my emotions. I have come to recognize this in myself. I try to hold onto my sanity, to breathe deeply, to be rational,  and to talk myself away from the ledge, but I just can’t help myself. My eyes see the calendar, my mind does the counting, and my head explodes. The crazies come! There is so much I wanted to do! There is so much I had to get done! I will lose my freedom! I need to clean, to organize! I need to run away to the beach! I need to read another book! I need to have as much fun with my family as I can possibly squeeze into these last few days!

My poor family. This year it was said aloud, “Summer is almost over. Mom’s getting crazy”. There were smirks. There were eyes rolling. There was placating. I even agreed with my husband and kids and made fun of myself. But then yesterday I REALLY lost it. With just three days before I return to work, I wasn’t getting to the beach quickly enough. We got home from Sunday mass and I changed into my bathing suit and threw the sunscreen and my Kindle into a bag. I made sandwiches and found a bag of carrots and some grapes. In went some sodas too. Was I being timed on how efficiently I could pack? No. I tried to be more nonchalant. Emma was a good sport and helped me load the van with a blanket, chairs, cooler bag. But then Eric wasn’t getting up from his chair. He had a headache. Paul acted surprised that we had plans to go to the beach. He got whiny. I reminded everyone that this had been the plan for the day, that it meant a lot to me. I tried to stay calm. But my eyes went to the clock. Tick tock. Tick tock. The sunlight hours are diminishing, the crazies suggested to me. This was the last day we’d be able to go to the beach together. Dentist appointments loomed over the next two days. We had to go. It had to be today. It had to be NOW.

I took a deep breath. I thought about leaving the boys home. It could be just Emma and I who went to the beach. No big deal, right? It might be nicer to go with only my daughter. She was happy to read on the beach for hours. The boys would get restless. Why was I getting so anxious?! But then my imagination went to the day I had envisioned us having. The crazies didn’t want to settle for anything less than being with the entire family.

The boys came through. After hearing my plea, they got in the van and we all headed out to go to the beach. But then, at the end of the driveway, I began having second thoughts. What fun would it be to take a husband with a headache and a son who didn’t want to go in the first place? I drove the van back to the garage. “I’m going”, said Eric. “Mom, I’ll go”, said Paul. But it was too late. My eyes were already watering and God knew, this had nothing to do with going to the beach with everyone. The truth of the matter was, I didn’t want any part of summer coming to an end.

There were words. There were tears. There was even some swearing. Let me be clear. All those words, tears, and inappropriate expletives came out of me. The husband and the children were quiet. They knew what was happening. Mom had been taken over by the end of the summer crazies again. I even went so far as to throw my car keys as I stormed out of the van and into the house. Who was I ? Was I seriously this upset? In short, the calm, mature woman I usually consider myself to be? Yeah, well...she was no where in sight.

It was a short tantrum. I regret it but only because my son now has some ammunition against me should he ever decide to swear, or so he told his sister. But truthfully, I needed to let the crazies out. They were too powerful. It was hard to suppress them. And after a good sob session with my patient husband (the kids hid outside after I stormed into the house), I felt better. I even smirked first. I think. Maybe Eric did. But in any case, within 10 minutes, we were both laughing at my nuttiness of course. It’s true you know. It’s so important to marry someone who makes you laugh. To marry someone who YOU are able to make laugh. I cannot emphasize this enough. Don’t settle for anything less. Life is serious enough. It gets hard, and I’m not simply talking about the ending of vacations. There’s a lot of change going on right now and it’s all hitting me at once.

I meekly asked Eric if we could all go to the beach. And when he said yes, I started to cry, this time only to center myself, or maybe out of pure relief that this guy still loves me, crazies and all.

We returned to the van. I started to apologize to the kids (those poor innocent kids), but then I started laughing. Luckily, they did too. Then I heard their version of what they’d witnessed and we all cracked up again. Thankfully, they’ve inherited our sense of humor. “I’m sorry”, I said again, in all sincerity.

It was a lovely afternoon to be at the beach. The water was warm, the breeze was refreshing. We all went for swims. We read and napped and talked and snacked.  And even though I knew in my heart that I had guilted them all into going and had made the whole trip pretty darn awkward at the start, I was surrounded by three people who love me unconditionally, three people who know every neurotic part of me and who forgive me when I annually have to deal with this back-to-school transition each August. For we all know that I’ll be fine in another week or two. Life doesn’t end when my summer vacation does. There’s beauty and love in every season, in every little adventure we take, whether individually or together as a family. We are blessed all twelve months of the year.

Forever needing to take pictures, to somehow preserve as many memories as I can, maybe in fear that it’ll all be gone before the sun sets one day in the near future, as we prepared to leave the beach at the end of the afternoon I asked my daughter to take a shot of Eric and I. I put my arms around my husband and without skipping a beat Emma said, “Proof that my parents still love each other, despite the keys that were thrown in the garage”. Then she giggled.

That’s right Emma. The crazies may come again next August, if not sooner, but once again, they’ll be run out with a few tears and lots of love.
Posted by Anne at 11:34 PM