"Most sculptors make the mistake“, he said, “of thinking of eyes as form and they therefore make them as spherical surfaces. Eyes are not forms, they are transparent, and what one really sees is the light of the soul in them – and that is what I try to give them". ---Walter Russell 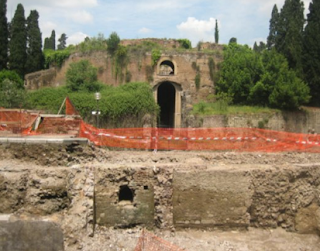 When you are someone like me, you look into others’ eyes quite deeply. You read others’ words and look for clues. You watch the way others walk, the way they settle into their chairs, and the way they turn back to face you. When you are someone like me, you crave that light that is within them, and you long not to forget how it feels to have the warmth of that light upon you.

Craving that light today, I settled into the sofa and popped in a movie that I had not seen. I had read Elizabeth Gilbert’s Eat, Pray, Love over a year ago and have had a love-hate relationship with its story. I wasn’t sure if I wanted to see the film based on the memoir, but having received the movie for Christmas, I decided to give myself over to it today. I’d arrived home feeling depleted. Exhausted from my day, an emotional and mental weariness that has been all too common as of late, I needed an escape of my own. Not about to take off to Italy, India, and Bali to “find myself” as Ms Gilbert did, I decided to live vicariously for a couple of hours.

I began the film and rolled my eyes as she made the decision to leave her husband. I shook my head as she whined to her friend about needing “me time”. But I continued to give Elizabeth a chance. And as she had done in her book, she caught me. Speaking of the Augusteum in Rome, Elizabeth Gilbert says, “We all want things to stay the same. Settle for living in misery because we're afraid of change, of things crumbling to ruins. Then I looked at around to this place, at the chaos it has endured - the way it has been adapted, burned, pillaged and found a way to build itself back up again. And I was reassured, maybe my life hasn't been so chaotic, it's just the world that is, and the real trap is getting attached to any of it. Ruin is a gift. Ruin is the road to transformation".

Perhaps this is where I’m at. A few weeks ago, a dear friend commented to me that he loves my “transparency and my willingness to keep it real”. I was extremely touched by his words and after reading them in his note to me, sent at the end of what had been a tough day, I began to cry. The word “transparency” caught my attention. His remark suggests that I am open, that I allow others to see me, without pretension and with complete accessibility. I hope that it was a compliment; I think it was. But the truth is, I have always felt most alive when I am vulnerable and exposed. It’s something I struggle with, however, but not in the way one might think. Perhaps right now, I am in the midst of crumbling ruins. But it could be that my life is readying itself for transformation. I won’t be abandoning my husband for a trip to learn the power of good food and meditation, but I will remember that “to lose balance sometimes for love is part of living a balanced life”.

Always a bit desperate for the light of the souls I see in the eyes of my loved ones, perhaps it is time for me to sculpt a new form. But I’ll keep it transparent, for to be any other way would make me unrecognizable to all.

"God's not interested in watching a performance of how a spiritual person looks and behaves. The quiet girl who glides silently through the place with a gentle, ethereal smile...who is that person? It's Ingrid Bergman in "The Bells of St. Mary's" – not me. God dwells within me...as me". --Eat, Pray, Love
Posted by Anne at 9:34 PM