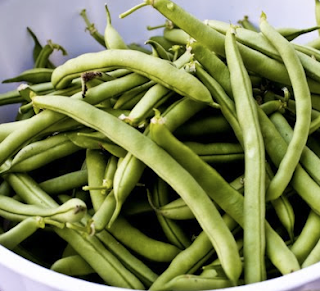 Did you forget me?

I was clipping fresh green beans when the text came. My daughter was waiting for me to pick her up after volleyball practice. It was ten minutes after my expected arrival.

No, I hadn’t forgotten her. I was trying to get the beans finished so, upon my return home, I could pop them into a pot of water along with the chicken casserole I’d just finished making. It’s true that I had secretly hoped she’d arrive home in those ten minutes, having caught a ride with a friend perhaps, but I knew that wasn’t likely. Most of the girls on her team were younger and without licenses. No, I hadn’t forgotten her. I had realized I was late. But the text from Emma jarred me back to the reality that I had to stop, turn off the stove, and head out the door.

It was no big deal. I don’t often miss a pick up time. But even though I’d thought of stopping my dinner preparation in time to get to her by 5:00pm, I’d pushed on. I’d spent the previous six hours balancing work with idle television viewing. I had worked for nearly four hours doing research and making lesson plans. And when 4:00pm had rolled around, I’d ventured out to the kitchen. I had peeled my body off the sofa and had said “Enough” out loud to myself. I’ve had to do that more and more lately, scold myself for pushing too hard, for trying to power through correcting, for giving up lunches and prep periods to squeeze in extra help for students. Oh my efforts are noble enough but I have begun experiencing those whirlwinds of stress, those hours when the weight of all that is on my plate does overwhelm me. I talk myself down and say, “Pace yourself”. Rome was not built in a day. Breathe.

I zipped over to the high school and smirked as my daughter gave me that look of hers as she walked to the car...that look of careful admonishment. I took my lumps as she sat down next to me. But within a couple of minutes, we’d both moved on. She told me about her plans for the next day. Our black lab talked to us in her yawning vocals as she often does to get attention, and we laughed together as the too large-to-be-a-lap-dog-pup made its way onto Emma’s lap in the front seat.

It’s okay to leave half a bag of unclipped green beans on the counter, to turn off the stove and the oven, to leave the dishwasher half emptied. It’s not a race to have it all completed by a certain time. What matters is not the clock, is not the pace, the attempted perfection of it all. All that matters, truly, is being there for the people you meet in the hours of your day...especially the ones who are waiting for you to come get them after volleyball practice.
Posted by Anne at 8:36 AM